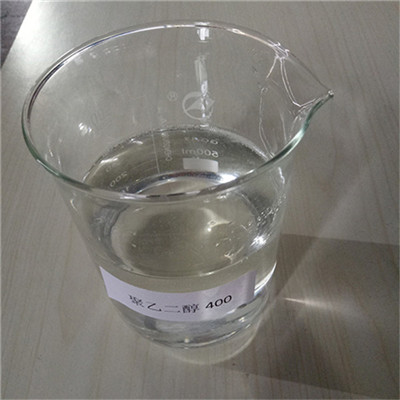 Peg-200: It can be used as a medium for organic synthesis and a heat carrier with higher requirements. It can be used as a humectant, a solvent adding inorganic salt and a viscosity regulator in daily chemical industry. Used as softener and antistatic agent in textile industry; Used as wetting agent in paper industry and pesticide industry.
Peg-400: PEG-400 is suitable for making soft capsules. Because PEG400 is a liquid, it has extensive compatibility with various solvents, is a good solvent and solvent, is widely used in liquid preparations, such as oral liquid, eye drops, etc. When vegetable oil is not suitable for active ingredient carrier, PEG is the material of choice. This is mainly due to the fact that PEG is stable and not easy to deteriorate, when the injection containing PEG is heated to 150 degrees Celsius, it is safe and stable. In addition, it can be mixed with high molecular weight (PEG) and its mixture has good solubility and compatibility with drugs.

Peg-400, 600, 800: used as substrates for medicine and cosmetics, lubricants and wetting agents for rubber and textile industries. Peg-600 added to electrolyte in metal industry can enhance the grinding effect and enhance the luster of metal surface.
Peg-1450, 3350: PEG-1450, 3350 are suitable for ointments, suppositories, creams. Due to its high water solubility and wide melting point range, PEG1450 and 3350 can be used alone or mixed to produce a melting point range with a long storage time and in line with the requirements of medicine and physical effects. To make PEG – based suppositories less irritating than conventional oil substrates.
Peg-1000, PEG-1500: used as substrate or lubricant and softener in the pharmaceutical, textile and cosmetic industries; Used as a dispersant in the coating industry to improve the water dispersibility and flexibility of the resin, the dosage is 10-30; Ink can improve the ability to dissolve dye, reduce its volatility, in wax paper and pad ink is especially suitable, but also in ballpoint ink for adjusting ink viscosity; In the rubber industry as a dispersant, promote the vulcanization action, as a carbon black filling dispersant.
Peg-2000, 3000: Used as metal processing casting agent, metal drawing, stamping or forming lubricant and cutting fluid, grinding cooling lubrication polish, welding agent, etc.; Used in the paper industry as a lubricant, etc., and also as a hot-melt adhesive to increase rapid rewetting capacity.
Peg-4000, 6000, 8000: PEG-4000, 6000, 8000 are used for tablets, capsules, film coats, dropping pills, suppositories, etc.
Peg-4000 and 6000 are used as excipients in the pharmaceutical industry as suppositories and ointments. Used as finishing agent in paper industry to increase the gloss and smoothness of paper; In the rubber industry as an additive, increase the lubricity and plasticity of rubber products, reduce the power consumption in the processing process, prolong the service life of rubber products.
Used as a matrix in the pharmaceutical and cosmetic industry to regulate the viscosity and melting point; It is used as lubricant and coolant in rubber and metal processing industry, dispersant and emulsifier in pesticide and pigment industry. Used as antistatic agent, lubricant and so on in textile industry.
High molecular weight PEG (PEG4000, PEG6000, PEG8000) is very useful as a binder for tablet production due to the plasticity of PEG during preparation and its ability to enhance tablet release. PEG makes the surface of the tablet shiny and smooth, but not easily damaged. In addition, a small amount of high molecular weight PEG (PEG4000, PEG6000, PEG8000) can prevent adhesion between icing tablets and medicine bottles.