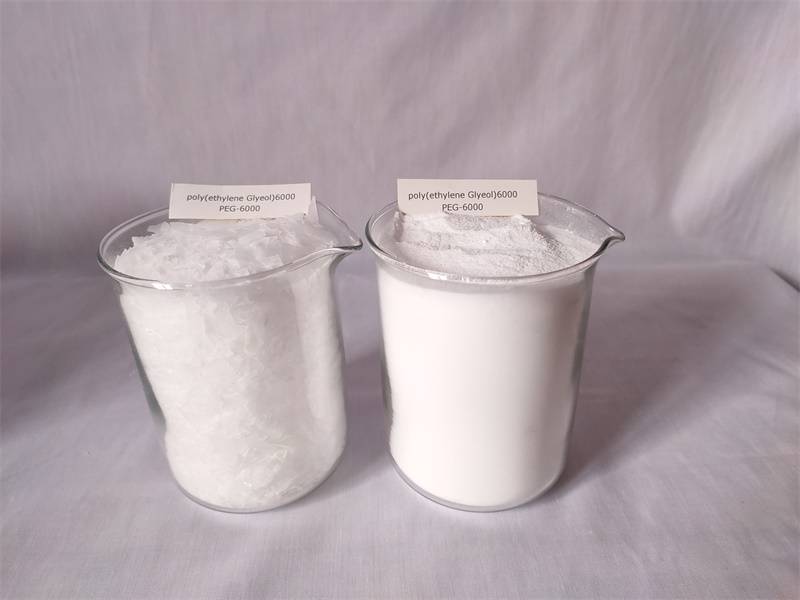 tablets, film-coat, pills, capsules, suppositories and so on.

The polyethylene glycol is a useful matrix for preparation of solid dispersions of insoluble drugs, and its advantages mainly are as follows
(1) The molecular weight of organic substances are mostly less than 400 or 500, while the molecular weight of the polyethylene glycol are 1500, 4000 and 6000, thus it can form an interstitial solid solution.
(2) After a drug dissolved process, it is very difficult to be rapidly cooled to form drug nucleation. Under a low temperature, the time used for curing is very short due to a higher medium viscosity, so the solute can form crystallites.
(3) The polyethylene glycol is transparent in the range of visible and ultraviolet light, so in content determination and dissolution tests, it can be directly detected using visible or ultraviolet light.
(4) PEG is a crystalline water-soluble polymer, and there are two units of spiral in each unit of molecules. When the ethylene glycol has its curing, large amounts of drugs are involved in such the spiral-shaped interstitial spaces. In addition, as a matrix, it can drive a higher dissolution rate of contain objects.

Storage and Transportation: This product is non-toxic, flame retardant, as a general shipments of chemicals, sealed and stored in dry place.

Write your message here and send it to us